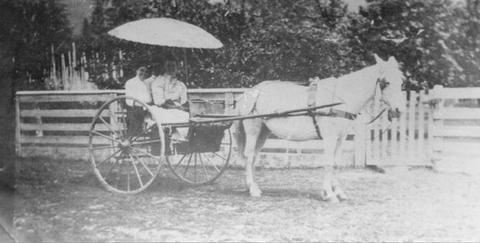 Group of unknown women in buggy at the Squamish Hop Company Ranch.