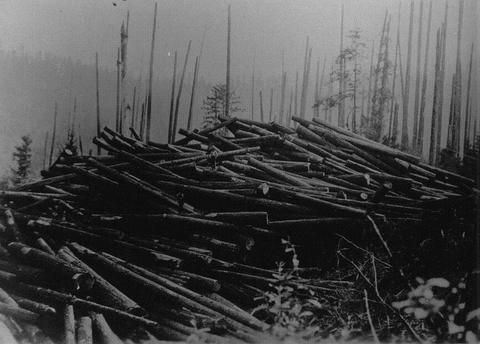 All 40' longs. George Percey is in the foreground. Al Land in the back. Some 72' "boom sticks".
Photo by: Ed Aldridge.