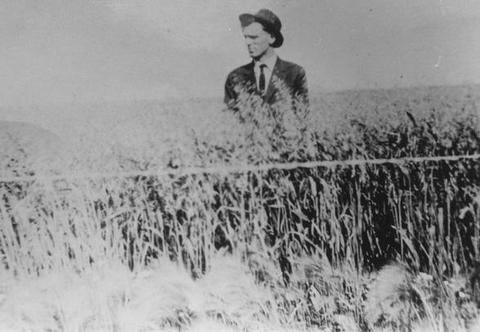 Man in a field on the Squamish Valley Hop Company Ranch.