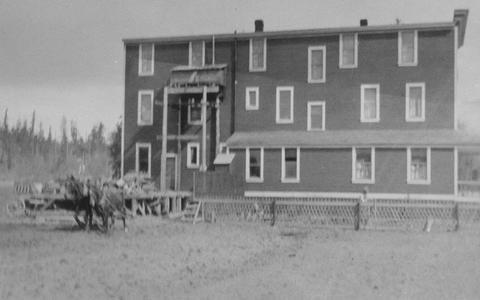 Later became the Squamish Hotel and then the Ocean Port Hotel (37991 Second Avenue).