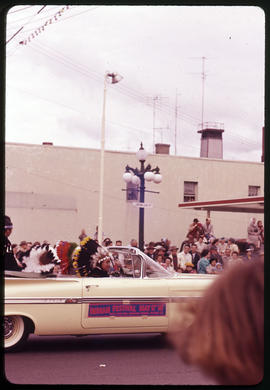 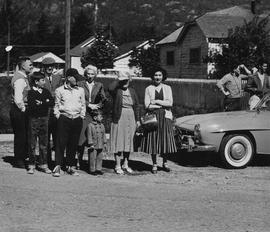 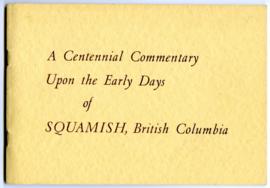 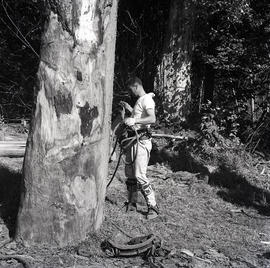 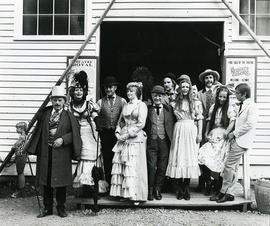 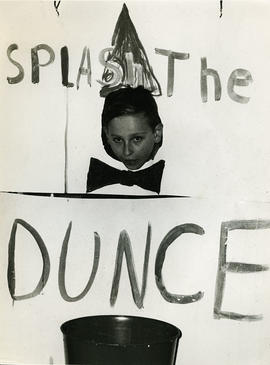 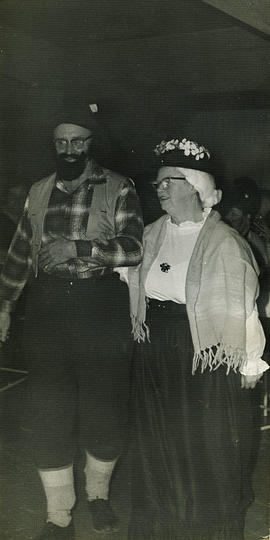 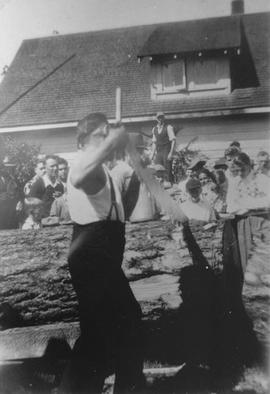 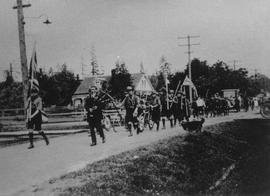 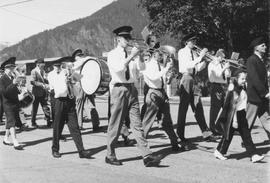 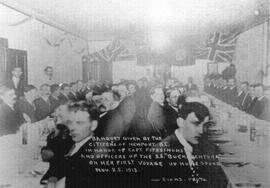 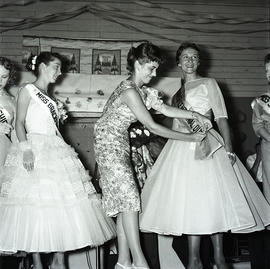 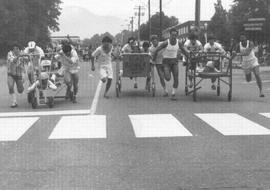 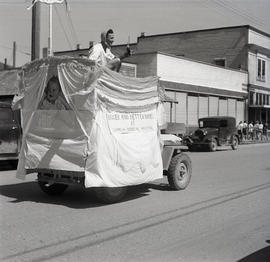 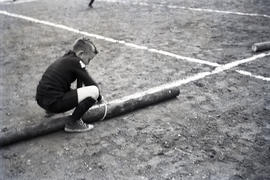 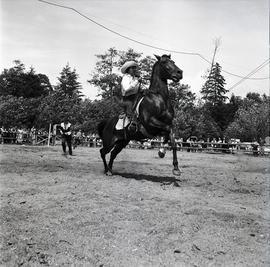 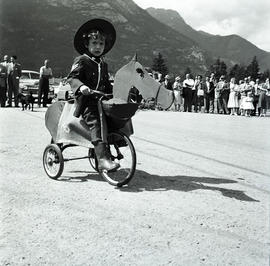 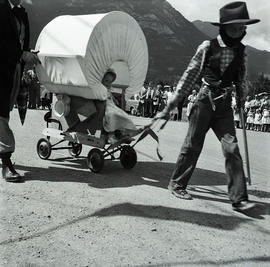 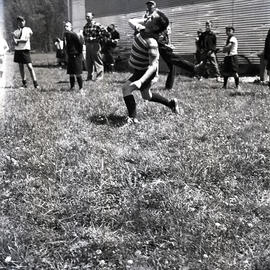 Boys on "Garibaldi for Olympics" float Ricky Hunter is on left and Paul Halverson is second from the left. 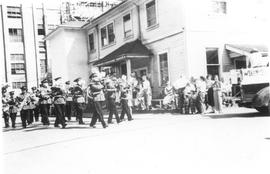