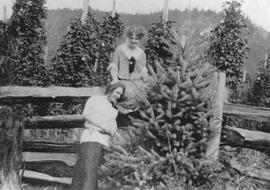 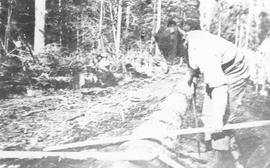 Huey Mills and Kate Mills (formerly Mrs Allan Rae) sitting in the background. Man in the foreground is unknown.

Research compiled by Eric Anderson, 2011: This photo, apparently taken by one of the Magee brothers, shows the construction phase of the flume project. The occassion is a visit to the site by Hughie Mills' new bride Catherine, the former Mrs Allen Rae, in the Spring of 1910. In this photo, Hughie Mills appears to be giving his wife a tour of the project. Mills was a building contractor in the valley, and very likely worked on the flume construction. The location is at the west side of the Squamish Timber Company camp, just above the bank of the Brohm River, which is to the left from this scene. It is difficult to tell from the photograph whether the water for the flume is being led from the Brohm River (in the back and to the left of of the photo) or the Cheekye River (around to the right). Either is possible. The Squamish Timber Co. camp and the beginning of the flume lies between the Brohm River and the Cheekye River. Water for the flume might be more easily taken from the Brohm( closer), but the Cheekye has the steeper gradient. The larger the logs to be flumed, and the steeper the grade, the more water is required. 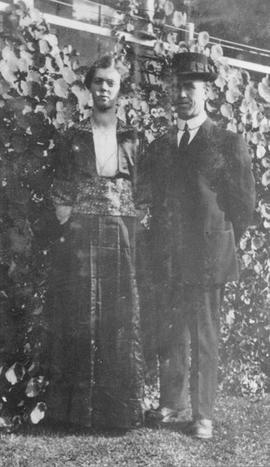 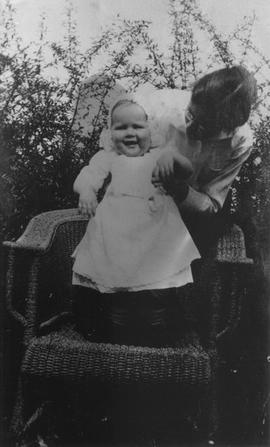 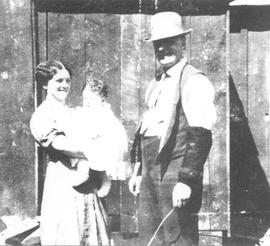 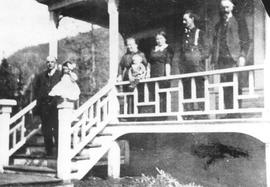 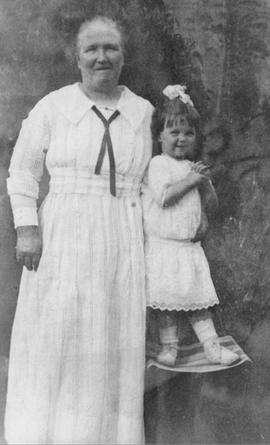 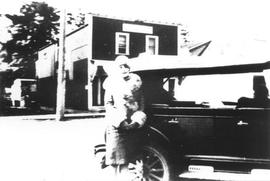 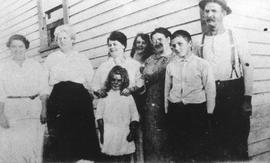 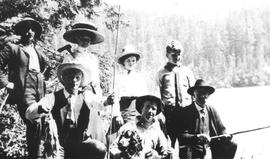 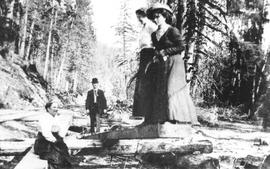 In 1910, a man by the name of Norton McKinnon came to the area to log by railway, laying track from the Mamquam River to the Northern Pemberton Railway line. Unfortunately, a company fire in 1913 by the Mamquam River resulted in the loss of McKinnon’s business, and he left Squamish soon after.

Despite this setback to one of the first logging pioneers, harvesting continued through the Squamish area with the company of Merrill and Ring. With a steam engine salvaged from Norton McKinnon’s company, Merrill and Ring continued laying railway track from what is now the log dump south of the Stawamus Reserve to Valleycliffe and across the Mamquam River. 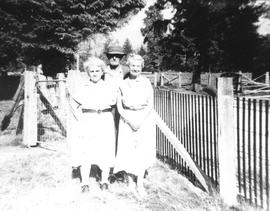 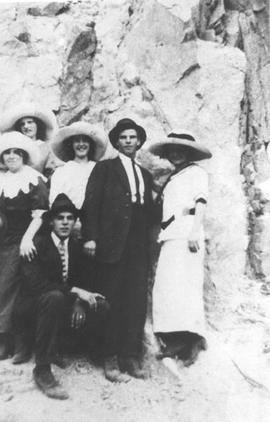 Woman to the far left: Retta Rae.
Seated: Harold Thorne.
2nd from the right: Wilfred Rae.
Other women believed to be neices of Hughie Mills. 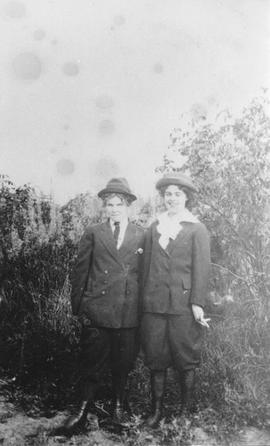 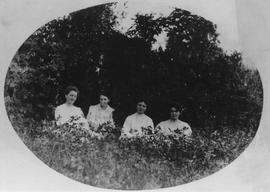 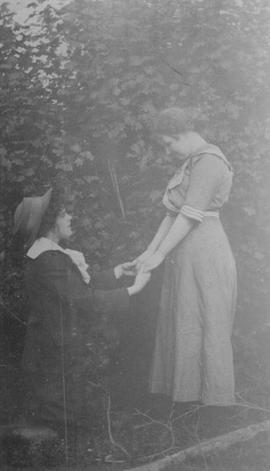 Retta Rae with friend from Vancouver 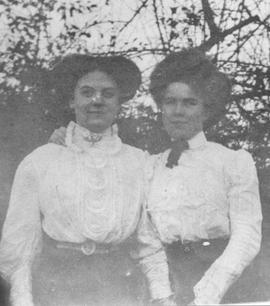 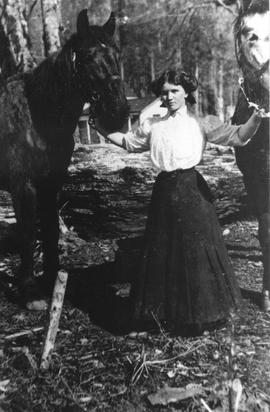