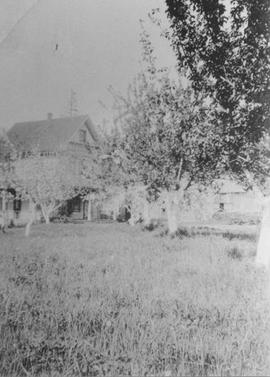 Fred Thorne's house that was between the 1984 site of Mamquam Elementary and Howe Sound Equipment.

During the flood in December 1941. 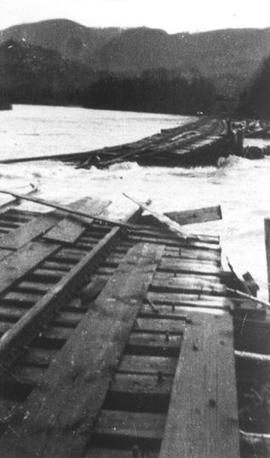 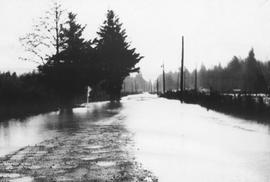 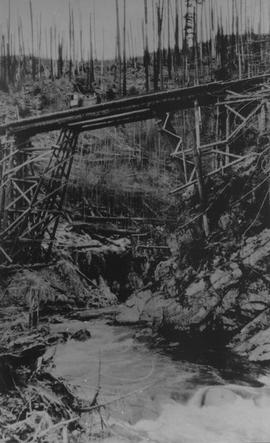 Approximately 90 feet from the top of the rail to the water in the river. Gas locomotive #4 on the bridge (built by Bill and Sam Culliton). 4 main span strings 90' x 3' diameter. Information from Ed Aldridge.
Photo by: Ed Aldridge. 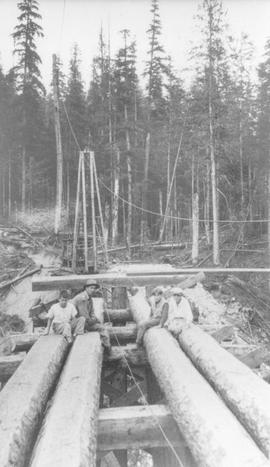 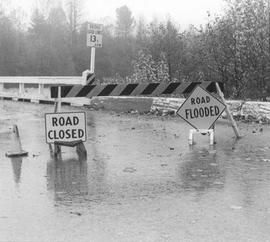 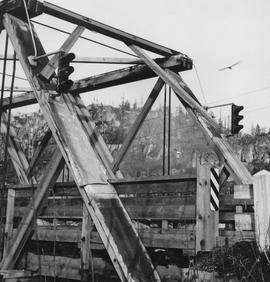 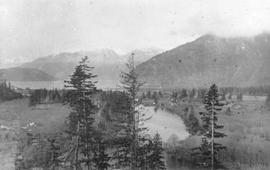 Squamish, when the Blind Channel used to be a part of the Mamquam River. Red Bridge and Magee's hay field can be seen. 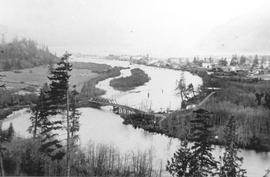