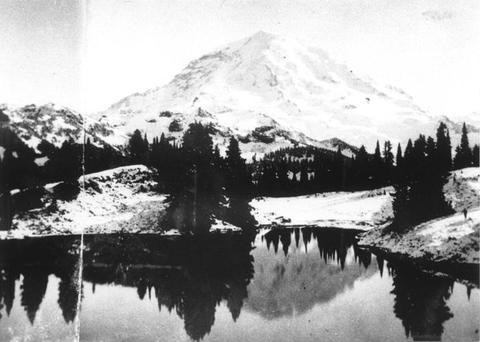 Garibaldi Mountain was named for the great Italian nationalist Giuseppe Garibaldi. Apparently, it was named by an Italian serving as a sailor on a survey ship, the mountain being in view on Garibaldi's birthday (July 4).
The 2678 metre tall mountain is a dormant composite volcano. The last series of eruptions occurred 10,000 years ago. It was first climbed in 1907 by J. Trorey, A. Dalton, W. Dalton, C. Warren, A. King, and T. Pattison.