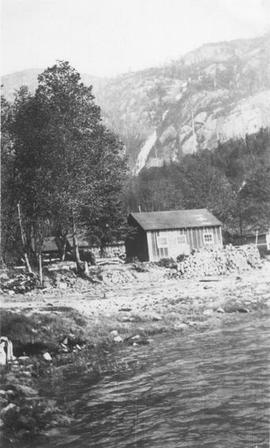 Darrell Bay was originally named Shannon Bay after William Shannon who landed there in 1892. In 1792, Captain George Vancouver camped at the bay. In the 1930's, the land was used for a relief work camp. The men in the camp did the roadwork that became the basis of Highway 99. Later the land as sold to the Burgess'. Ralph Burgess legally changed the name of the bay to Darrell Bay after one of his sons. According to his belief in numerology, this was the proper name for the bay.